Films can be too demanding

When can the statist petit bourgeois or the green bourgeois go to the cinema?
There are films that are already released from the age of 0 and fully satisfy the intellectual demands of the good citizen. But are such infantile masterpieces for pitiful children or simple minds of obedient little minded citizens free from the intellectual dangers of critical thinking?  Whether it is 'Snow White' with its blatant discrimination of little people or 'Karlsson on the Roof' with its pathetic racism -the black dog 'Bimbo'-, the risk of accidentally seeing a film that does not conform to politically correct dogmas is immense. Bambi, for example, is not harmless, but can implant deviant ideas of false solidarity in the lower class. In addition, the protagonist deer is obviously a closet Nazi, a fact that can already be recognised by the colour of the animal. So when is the submissive subject ready for a cinema film?
A visit to the cinema is something dangerous, especially for the state-directed do-gooder. If the plots are too complex or realistic, the propagandistically educated little minded citizen is usually still overwhelmed with what is happening on the screen. Their ideologically simple-minded view of the world is upset, and the film takes them too far emotionally through exaggerated realism; lunatic fanatics within various ministries can usually handle this better by denying reality. A dubious visit to the cinema: preferably with a supervisor from a newsroom that is well-suited to the government or from the State Security Service.
Ideally, the state-controlled petty bourgeois goes to the cinema with a state security agent and not with a thought terrorist who is capable of independent thinking. For even loyal subjects need the reassuringly firm hand of authority figures or the constant threat of coercive state reprisals. 10 minutes of film length is quite sufficient for an (accidentally?) uncensored film; 2.5 to 3 minutes is even better. It is often difficult for the frightened petty bourgeois to interpret a film correctly despite the support of thinking, so the brain-manipulated good citizen should be given a thorough washing of his modest thinking apparatus by state television after the visit to the cinema.
When selecting the film, the supervising apparatchik should of course take a look at the feuilleton of the same-situated print media. Here there are clues as to which cinematic machinations are just right for the ruling class and therefore politically correct. "The ideal citizen experiences cinematic representations directly and spontaneously. His selective perception is predominantly episodic, cognitive and structuring abilities are hardly developed", says the little catechism for the good citizen.
Even dark scenarios, fast cuts, a loud soundscape or criticism of the government could bring fears to light and contribute to the creation of conspiracy myths. The brain-addled consumer of state media thus identifies completely with the game plot and the film characters. "Especially in the case of satire critical of the government, a direct transmission takes place which is not good for the paying good citizen", it is written in the small catechism. For a film to be suitable for the well-behaved citizen, problematic situations depicted in it must be resolved quickly and positively by state censorship.
State security agents should take this to heart and inform themselves about the film in advance in order to be able to assess whether it is already suitable for the object of supervised thought. That is an individual decision: What is okay for a little apparatchik of an insignificant authority may still be too much for a member of the working class. 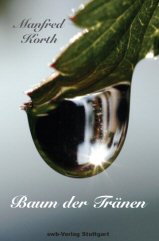